Lists allow users to organize words, sentences or paragraphs in a linear form.

Lists are composed of a title and list items. List items can be preceded by a glyph if desired. Lists can also be organized numerically or alphabetically.

List items are individual pieces of text that relate to the larger list grouping. Oftentimes list items share the same visual styling as body copy. Whatever their visual style, it should be different than the visual style applied to the list title.

You can give greater context to lists by including numbers, glyphs, or icons before list items. Numbers bring order to lists and are useful when describing actions that need to occur in a specific order. This is common in recipes or set up instructions. Glyphs, such as bullets, are great for conveying things like “to do lists” in which list items need to be noted but specific order is not important. Lastly, placing icons before list items can provide visual support and give greater context to the meaning of the list item. 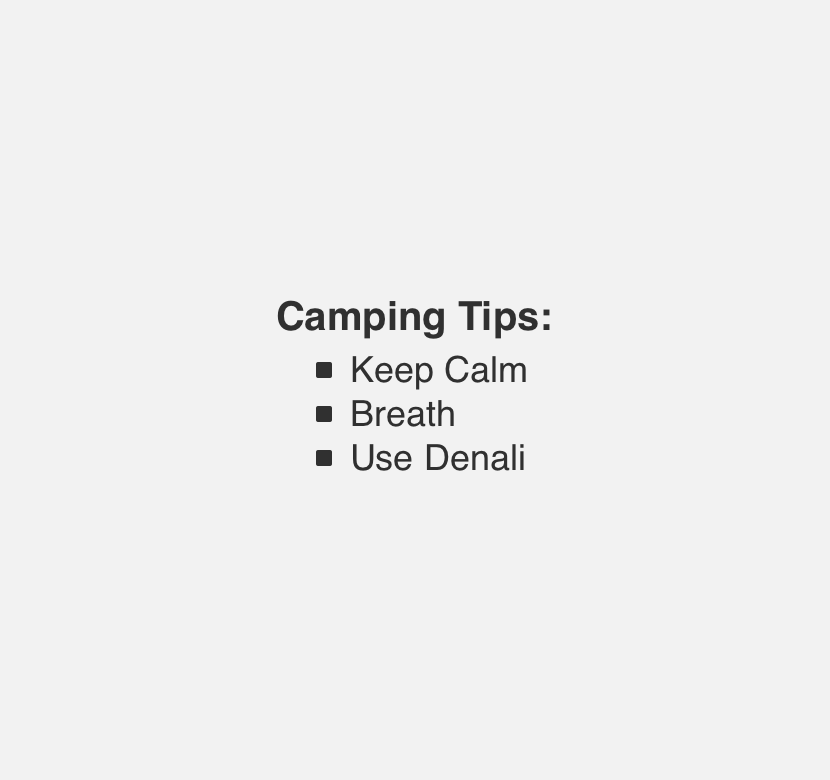 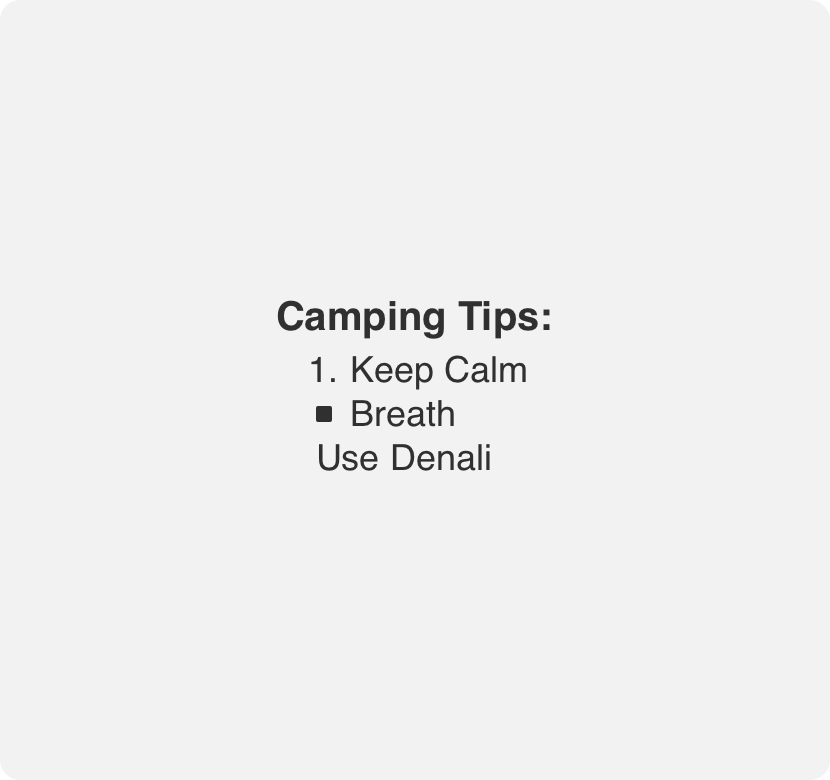 alternate between numbers, glyphs and icons in a single list.

Lists can be utilized to describe a specific procedure, organize related items, or otherwise group items together in a way that is easily scannable. For this reason, lists can be placed almost anywhere within the body of a UI.

Denali’s components are completely themeable. This allows you to use our framework and adapt the visual style of Denali’s components to match your prodcut’s unique visual brand. Check out our guide to themeing with Denali to find out more.

For all variables visit the CSS documentation page for lists.